July 28, 2016
It's crazy to think of food without thinking of alcohol. Cheese and wine have long been associated together. In Germany,  beer is served alongside sausage and in Russia they even drink vodka with breakfast. But this isn't a geography lesson in food and drink. So, back to my point, these two things go well together and no better example can be given than to that of the trusty takeaway. Firstly, they are like the late night peace keepers running an operation between people leaving bars to them getting home to bed. Secondly, they serve the needs of people who are hungry, finished with pubs and in some cases moved onto decorating shopfront windows and who now turn to food as the only cure to fill their now even bigger appetites. Once inside you are hurried along, your order quickly placed and served before the worlds most patient staff who carry looks of having seen this all too many times before are interpreting yet another sentence of words that usually comes with free garlic bread on anything over £10.
Takeaways are the masters of fast food. Done right, they can serve up fresh food which holds their own in calories but do not compromise in quality. They have adapted to local demand (try chip spice in Hull,  chicken Chasni is Glasgow or the pattie, again in Hull) Some have even migrated these tastes to other towns (Sicily's in Leeds smacks a punch on a Middlesbrough 'Parmo')
Nestled amongst the people, houses and shops, Roundhay Road in Leeds offers no end to fast food and takeaways. Charcoal Chicken is one of these. And probably the heavyweight of fast food down a road already full of competition. Everything about its chicken kebab is fresh. The breads are made fresh (which is quite rare in its own right), succulent chicken is served alongside a salad that hasn't been thrown together days earlier. The chicken is very well marinated and the Pakora is deep fried in  a very crisp batter. Charcoal Chicken opens at midday,  it doesn't have a quiet time. From midday to midnight,  this place doesn't stop with customers queuing and eating (it has tables at the back) and an ever presence of people enjoying their food.
There is defiantly more to the takeaway than just the start of an end following a night of drinking. They can hold their own in serving up decent food and the very best can stand out as a delicacy of the high street. 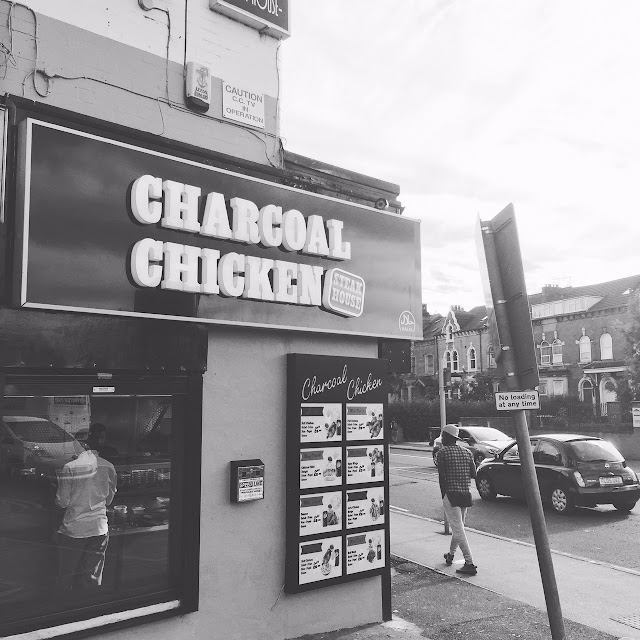 Popular posts from this blog

#22 Making a big deal out of small plates – simply put, Black Market are serving up flavours which are unquestionably some of the best in our region. 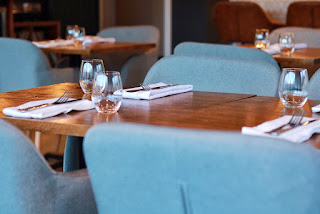 Write up by Paul @fatfoodclub We headed down last Saturday to meet owners head chef John, business manager Justina and their four-month-old Black Market restaurant. Taking on a grade 2 listed renovation challenge and being told the job would be complete in 12 weeks, it wasn’t until September last year and six agonising months later when the first guests to Black Market arrived through the door. The wait had been worth it - Black Market is small, bright, modern, chic and every other word imaginable to describe a cool and trendy independent eatery in the heart of Chapel Allerton, Leeds. The look and feel tick every box, but it is the food which makes Black Market stand out as one of the most exciting places we have visited in a long time. Without labelling its food, John and Justina are open about what they want Black Market to achieve. They are humble about its early success. They are taking small steps each day and appreciate every success which comes their way. ‘We didn’
Read more 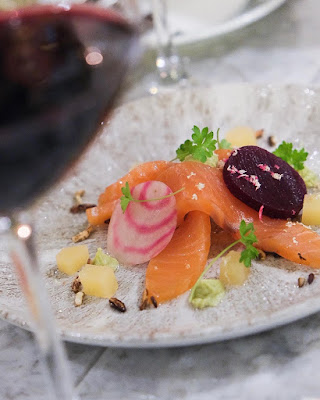 The Fourth Floor Brasserie and Bar at Harvey Nichols Leeds is something of beauty and charm. Expect fine dining in super cool contemporary surroundings with a selection of small plates that are served and decorated in style with taste that will simply not disappoint. Capturing the seasonal feel and cooking with local ingredients is always a recipe to success and tonight we were getting exactly that. The food here is top end and it can’t be without question that Harvey Nichols is putting just as much thought into their food as they are their fashion. The small plates from their bar menu are reasonably priced (expect £6 – £8 per dish from the kitchen with snacks and desserts a little less) and cover a range of flavours and tastes. For example some of the dishes we were trying this evening included a cured salmon with avocado mousse, beetroot and horseradish to a picture-perfect pork belly, guacamole lime and crispy shallots to the super rich and almost heavenly pecan c
Read more 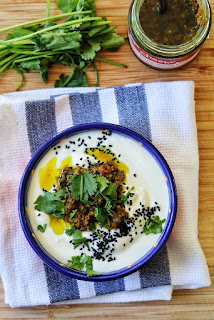 Ideal as starter, delicious as a side or perfect on its own – this Cheeky Food co Bang Bang Pickle with yogurt will taste simply fantastic. I used this recipe to accompany a starter with poppadom's for a  vegetarian curry night with friends – the result – a definite crowd favourite. Serves: 4. Time: Under 10 minutes to prepare Ingredients 4 heaped tablespoons of natural yogurt 1 heaped teaspoon of Cheeky Food Co Bang Bang Pickle 1 teapsoon of nigella seeds 1 small handful if chopped coriander Method 1.        Using a decorative side dish - add the natural yogurt 2.        Add the Cheeky Bang Bang Pickle on top of the yogurt 3.        Sprinkle over the nigella seeds before topping with the coriander 4.        Serve as a side to a main dish or simply enjoy on its own as a dip with raw vegetables A delicious mix of hot Indian scotch bonnet and bullet chilli with fennel, fenugreek, mustard seeds and sunflower oil make this pickle from Cheeky Food Co
Read more